You are here: Home / Blog / Arrest made in killing of limo driver in West Philadelphia 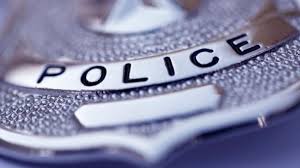 Police say a suspect has been arrested and charged in the killing of a limo driver in West Philadelphia.

Alonzo Dilligard, 20, of Darby, Pa., has been charged with murder and related offenses.

Police had questioned a second person, but that person has been released. Investigators still want to talk to a third person.

On Monday night, dozens of drivers at La Primera Car and Limo Service in Juniata packed into a room after fellow driver 26-year-old Mijael Rodriguez was shot and killed Saturday by a customer.

“So young, so full of energy and to be surprised this way was something that I don’t have any words for,” driver Juan Olivo said.

Police say Rodriguez and his fiancee picked up three men, one of them identified as Dilligard, from 7th and Clearfield Streets in North Philadelphia around 6:00 p.m.

He eventually drove them in a 2007 silver Chrysler 300 to 54th and Delancey in West Philadelphia where investigators say Dilligard pulled out a gun, pointed it at Rodriguez’s fiancee and demanded cash.

“He pointed it right at the fiancee and he said to the male ‘If you don’t give me everything you have I am going to kill her.’ After that, [Rodriguez] instantly started going to his pockets, pulling out everything he had, which totaled about $30. He gave it to him. He kept saying ‘I have nothing else, please don’t hurt her. I have nothing else,'” said Capt. James Clark.

As the three men exited the car, police say, Dilligard fired the fatal shot and they fled.

The fiancee was not hurt.

Police say the suspects were identified by a witness who knew the three men and saw them get in the vehicle. Investigators also say surveillance video was recovered.

Action News has learned driver Ramon Rodriguez, no relation to the victim, was the first to encounter the three men, but he says he declined to take them because they were drunk and got into an argument.

“It can happen to anyone but I guess I was the lucky one and it wasn’t my time and my day,” Ramon Rodriguez said.

Dispatch sent out an alert saying ‘Peligroso! No Mande Carro,’ translated ‘Danger! Do not send car,’ but the victim who came along two to three minutes later apparently never got that message.

“I don’t want to speculate because I don’t know what happened, but only God knows,” Olivo said.

The victim’s family was at the drivers’ meeting.

“He might be in jail, but he still alive, my brother is gone,” Teudy Gonzalez said.

Mijael Rodriguez, the father of a 5-month old, had only been a limo driver for two weeks.

A few months ago, he posted a Facebook video thanking God in Spanish for ‘waking up today to see his family one more time and be able to work one more day.’

On Sunday night, outside of Rodriguez’s Kensington home, the victim’s large, extended family and close friends remembered the talented center fielder who played in a local baseball league.

Besides sharing memories, they shared their anger with those who committed the crime.

Even the youngest family member sent the culprits a message.

“If you want to do this to other people, this is going to be your life and nothing good is going to come out of it,” said Rodriguez’s 8-year-old cousin, Jessy Santana.

“There are jobs out there, there are other things you can do, you don’t have to take someone’s life for no reason. He was such a kind person,” said friend Deisy Cabrera.

The limo service says it will go over safety protocols with drivers and it’s thinking about installing cameras into cars.