You are here: Home / Our Bios 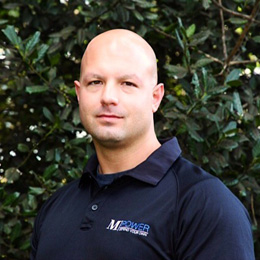 Tony Sabanos is a Certified Personal Trainer and Specialist in Performance Nutrition from the International Sports Sciences Association. Tony has been in the fitness industry since 2000. He has worked with many Boxers, MMA Artists, and Martial Artists in the region in and around Berks County. He has studied Boxing, Mixed Martial Arts, Tae Kwon Do and Pressure Point Training. Tony holds a Bachelor of Science in Business from the Pennsylvania State University and is a graduate of Reading High School. His motto is, “Use effective, efficient techniques to disable your opponent”. Through personal experiences, Tony has chosen to dedicate his life to helping others learn to defend themselves. It is through this passion that Tony has become an instructor at MPower Self Defense. 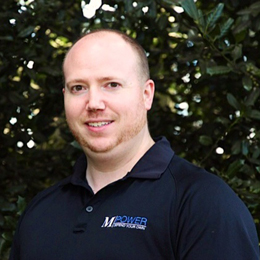 Lee Barto is 32, born and raised in Wyomissing, PA, began his life in the world of martial arts at age five. His father, a long-time practitioner and brown belt in Okinawa Karate enrolled him in the Heilman Karate Academy in Reading, PA. Lee studied and worked his way through the ranks and reached black belt status at the age of 16 in Okinawa Karate Kobudo. Teaching has always been a passion of his, along with multiple arts studies. During his time in college at The Culinary Institute of America, Lee taught self- defense and self-awareness in his free time. After college he moved to Las Vegas to work as a chef. Throughout his 5 years out west he studied Krav Maga and Brazilian Jujitsu. Lee has also competed and won many forms and sparring competitions in the IKKF and USKA. Over the 27 years in the martial arts world, Lee has developed a style of defense and self-preservation that is like no other. Mixing techniques from Krav Maga, Karate Kobudo, Brazilian Jujitsu and Japanese Jujitsu allows for the operator to adapt to any and all situations.