You are here: Home / Blog / Mother and daughter hurt during violent home invasion in Lawncrest 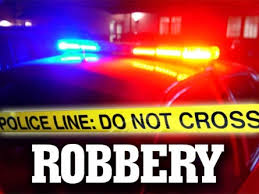 A 56-year-old business owner and her mother are home from the hospital after being assaulted during a violent home invasion in Philadelphia’s Lawncrest section.

Neighbors say it’s the second time in a week the younger woman has been targeted.

It happened around 9:30 p.m. Wednesday along the 6400 block of Dorcas Street.

Police say the business owner arrived home in her car and was accosted by two men in the rear driveway. They forced her inside her home at gunpoint.

“They forced the 56-year-old woman down on the kitchen floor,” said Philadelphia Police Chief Insp. Scott Small. “They struck her in the face with the gun, causing injury to her lip.”

When the woman’s 76-year-old mother came to investigate, she was hit in the head with the gun several times. She was also forced to the kitchen floor.

“And the people were asking where the money is,” Small told Action News. The women “told them they didn’t have any money, but they went upstairs to ransack the second floor.”

The men pulled out drawers and overturned jewelry boxes then fled out the front door, police said. They left without taking anything.

In addition to the cut on her lip, the daughter also suffered a wrist injury. Her mother had deep lacerations that required stitches.

Action News was there as she was taken to an area hospital in a rescue vehicle.

“Why someone would strike a 76-year-old woman in the head and the face?” said Small. “I just don’t understand.”

Both women were treated for their injuries and released by noon Thursday.

Police don’t know if the suspects were waiting for the daughter to arrive home, or whether they followed her home from work.

There are surveillance cameras in the front and back on the house.

Police are hoping recorded images will provide them with details about the suspects.

In that case the thieves got away with cash. Police have made no arrests in that case.